Posted by simon In Uncategorized 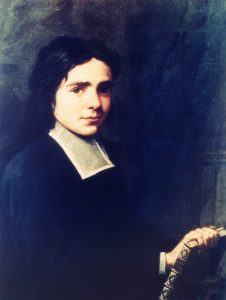 Today we are commemorating the 305th anniversary of Claude François Poullart des place; priest and founder of the congregation of the Holy Ghost fathers. My presentation touches on the history of his life, mission and the idea of founding a congregation. Poullart was born in February 26th, 1679 at Rennes France, a privileged son of a wealthy French aristocrat. In 1690 he was admitted to the Jesuit collage of St Thomas. At the age of 15 years he completed his studies at St Thomas College, but since he was considered too young to handle philosophical studies he was send to the Jesuits collage of Caen to study Rhetoric, Public speaking and finally he received a degree in law from Nantes in 1700.

While perusing his studies, even though his adolescence was mischievous, he developed a relationship with local homeless boys and impoverished chimney sweepers. He noted that their life of struggle and destitution was in contrast with his own life of comfort and privilege. After been introduced to the world with the idea of becoming an accomplished young man by his father, and having been self-motivated to help the poor, he decide to leave his carrier in law and enter the Jesuit seminary ‘Lycee Lovis Le Grand’ in 1701. 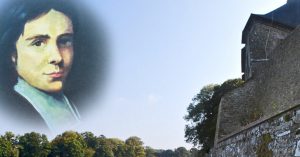 A year in the seminary saw him receive the tonsure, confirming his desire of serving the needy. During his studies he supported his struggling fellow seminarians who were living miserably, by providing for their accommodation and other basic needs. Since, majority of them lacked spiritual formation: he decided to feed their souls too. This pressing need moved him to begin a formal community to support students on their way to priesthood and service to the poor.  In 1703 as indicated in an old document from the seminary, Mister Claude François Poullart des Places, who was just an aspirant established a community and consecrated it to the Holy Spirit under the protection of the virgin conceived without sin . Three requirements were deemed important for one to be admitted in the community or the seminary of the Holy Spirit namely: to be poor, readiness to consecrate oneself to difficult and abandon missions and the will and ability of following with success the studying program ( he wanted pastor not mercenary)

As Fr. Bernard noted the Spiritan motto of that time was ‘we are ready to fulfill your will’. Some years after the founding of the Spiritan community (Holy Ghost Fathers), a prohibition to have certificates of theology and philosophy, was laid on them due to the orthodoxy of Sorbonne, and high corruption of the Jansenism and Gallicanism. This forced the Spiritans to join the Jesuits program, who were almost the sole defenders of the doctrine of the holy mother church. 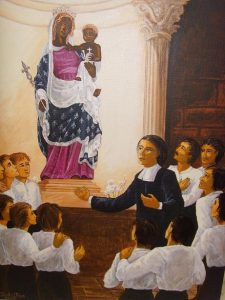 Poullart a devotee to the Virgin was great at reciting the rosary. One day after having his rosary, he was inspired to go and see Fr. Gourdan, chanoine (Monk) of St. Augustin de l’abbaye Saint-Victor and seek counsel. Through his good spiritual guide in the 17th December 1707 he was ordain priest by bishop de Bissy, from the diocese of Meaux.

Apart from his desire to serve the needy, saint Louis-Marie greatly encouraged him to form not only priest but missionary priest. Since Louis was in need of some great men to help in some local areas in France.

At the beginning of the 18th century it was almost impossible for one to go for mission overseas unless one belonged to a major order. Although, through the so called ‘missions etrangeres’ Spiritans could had started the mission overseas, but two obstacle barred them. The first one being that there were other students from Saint Suplice who were also ready for the missions and were favorites of Jansenism. Secondly the quarrel with Chinese teacher:  that the Jesuit regarded as a cultural aspect while the ‘Missions etranger’ took it as cultural pain and never considered it seriously. These obstacles were not lifted till 1725, when the director of the MSE directed- not to admit anyone who did not firmly reject Jansenism and on the other hand accept the authority of the holy mother church.

Poullart, though dedicated, unfortunately he never really enjoyed the fruit of his hands because two years following, his ordination he died of pleurisy at the age of 30 in 1709. 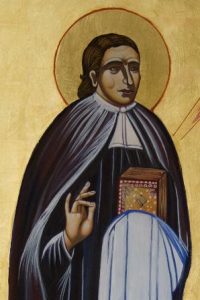 The decree opening his course of canonization was promulgated on 1 October 1989, and it’s still on the process towards his beatification.

We celebrate the far the Spiritans have come. 👍🙏

Spiritan one day spiritan for ever

An Article “Sharing in the Queenship of Mary Mother of God”
© 2017 - The Spiritan Missionary Seminary. All right reserved.
wpDiscuz
4
0
Would love your thoughts, please comment.x
()
x
| Reply
X